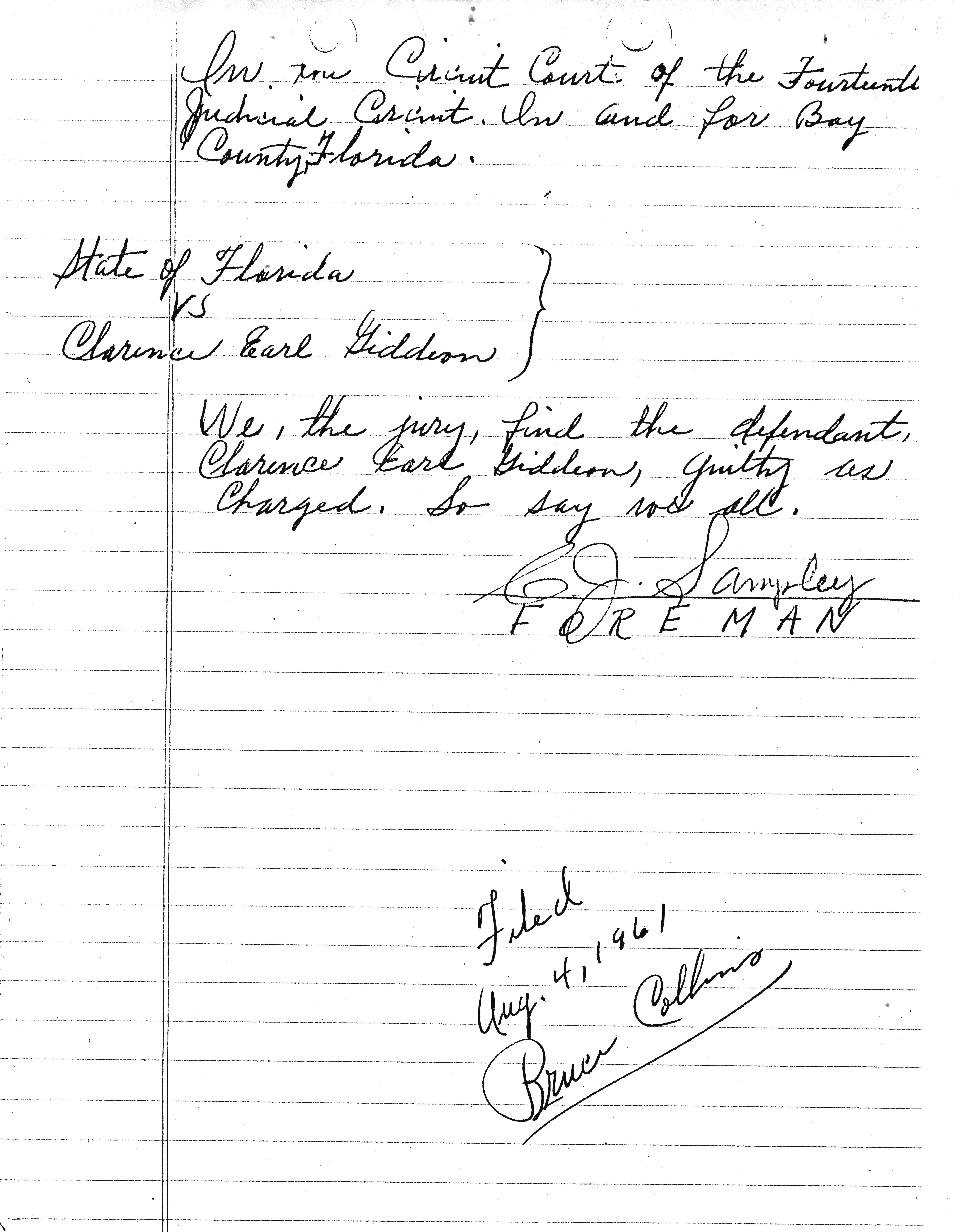 The above handwritten verdict form, finding Clarence Earl Gideon guilty of robbery on August 4, 1961 in Panama City, Fl. was the document which lead directly to the U.S.Supreme Court and a very famous and important constitutional case two years later. In Gideon v. Wainwright the court ordered that it was now law that every defendant, in a crimminal case regardless of their means be given legal counsel. President Obama was born on this very date. Courtesy, from private collection of Dr. Burton S. Schuler, Panama City, Fl.