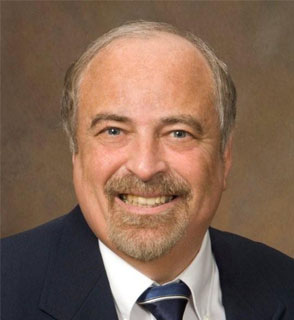 To offer resources that unites barefoot and minimalist runners from around the world.

While there are many barefoot and minimal running enthusiasts (with minimal running being commonly associated with foot wear that mimics barefoot running such as the Vibram Five Fingers shoe), not all medical and health practitioners are in agreement about barefoot running.  And some conduct research that suggests other physical conditions besides shoe wear can be causing running problems (http://whyyoureallyhurt.com/mortons-toe/jogging-and-running/).

For barefoot runners, shoe weight is usually described as the biggest impediment to running.  All running shoes have weight—“the enemy of running performance, because it increases the oxygen cost of running at any given pace”. The Barefoot Runners Society cites a new Universityof Nebraskastudy that demonstrates this is indeed the case: “Ten recreational runners were asked to run with and without shoes on a treadmill and overground (on an indoor track) while breathing into a mask connected to a machine that measured oxygen consumption. The researchers found that oxygen consumption was significantly greater at a fixed running pace both on the treadmill (2%) and overground (5.7%). Ratings of perceived effort were also significantly higher with shoes on. This is important, because how hard running feels is the ultimate determinant of how well runners perform. These findings therefore suggest that runners could record faster race times barefoot than shod” (http://barefootrunners.org/story/sports-science-update-barefoot-running-more-efficient-matt-fitzgerald-competitor-group).

Many podiatrists who have researched common foot ailments warn that although being free of the extra weight from your running shoes may allow your form to improve, and your oxygen consumption to decrease, thus diminishing overall effort, barefoot running is not for everyone.  In Why You Really Hurt: It All Starts in the Foot, Panama City, Florida podiatrist, Dr, Burton S. Schuler explains that not all feet are built the same: some people, whether they know it or not, suffer from common abnormal foot problems that can significantly challenge your running performance—with or without shoes one.  One condition Schuler devotes much attention to is known as “Morton’s Toe,” or short first metatarsal toe. This condition can cause improper shock absorption and overpronation in the feet, leading to pain throughout the body.  It is also linked to common conditions such as bunions, hammer toes, fibromyalgia, night cramps, heel spurs and plantar fasciitis   One common treatment is a toe pad, which helps redistribute the proper weight throughout your foot as it hits the ground  vv

So if you are considering trying barefoot or minimal running, you may want to see whether you have Morton’s Toe first and take the proper precautions to avoid future foot problems.